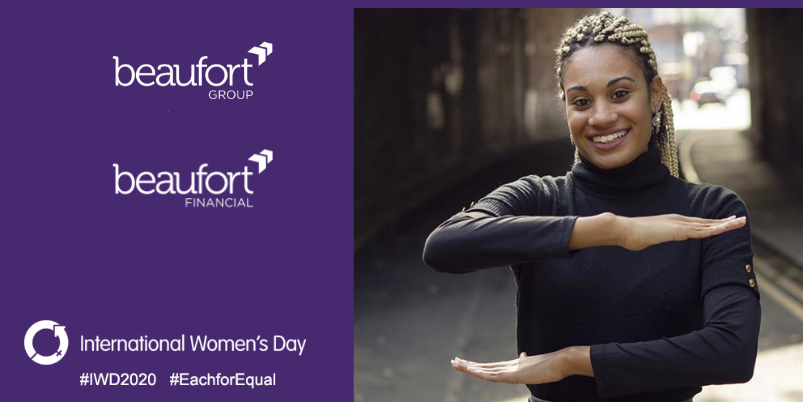 International Women’s Day celebrates the social, economic, cultural and political achievements of women across the globe. The day also marks a call to action for accelerating women’s equality.

To honour this event coming up on Sunday, 8th March, we wanted to take this opportunity to highlight all the special women working within our organisation.  So, we asked our amazing female colleagues across the Beaufort Group of companies whether they would like to participate by answering a few questions which we are now sharing within this blog.

Which women are you inspired by and why?

Karen Wood (our Client Support Manager), she has an amazing breadth of knowledge and whilst not a practicing IFA herself anymore, she fully supports both Jon and the team from a technical, compliance, advice and knowledge perspective. She willingly shares her knowledge and experience with us all. We would be lost without her!

Jon Creasey (my boss) who works entirely in a team of women and fully appreciates and acknowledges regularly the value they bring to the business.

Michelle Obama, Jo Brand, The Queen, Lady Gaga, Stacey Solomon and Davina McCall as they represent a wide spectrum of female diversity, have opinions and values and would be great company with interesting chat.

Which women are you inspired by and why?

Maya Angelou, for her brave activism and beautiful, inspiring poetry. Deborah Frances-White for how brilliantly she tackles contemporary aspects of feminism, gender inequality, racism and challenges the patriarchy.

What does International Woman’s Day mean to you?

Good opportunity to talk about feminism.

What privileges or challenges do we stereotypically and generically face?

What are the “women’s themes” that still need greater awareness in your opinion?

I’m not really sure what is to be considered as a women’s theme, but period poverty, TAX on period products (tampons and sanitary towels) but not on jaffa cakes, employment inequality and rape culture still need to be strongly addressed.

What women’s themes are impacting you most greatly in your home or work?

Gender disproportion on exec and senior management level in finance; fear of being attacked on the streets if coming home late (when dark), rape culture and Weinstein culture in every possible aspect.

Whose work do you admire in relation to women’s rights and equality?

Huda Sha’arawi – I admire her for her campaigning for how women are portrayed in Egypt, focusing on education, voting rights and marriage laws.

Rosa Parks – I admire her for her efforts as an activist and feminist and standing up to the public transport segregation law.

Simone de Beauvoir – I admire her for pioneering for gender equality.

What role or impact would you like to (or currently do) play in relation to women’s rights today?

I participate in some feministic activism and share awareness and knowledge about what feminism is, what it stands for and why we need it.

My best friends, because they are very close to my heart and I always want to support them.

Do you think it’s important to continue raising awareness of equality for women in today’s society? If so, why?

ABSOLUTELY!!! In the age of Donald Trump ‘, of Phillip Hammond calling women ‘hysterical’, where both society and courts still don’t believe assaulted women and victim blame them. The #metoo movement only happened 3 years ago and many still don’t understand its gravity and need to take action. As women have only had equal voting rights for less than 100 years, we need feminism to raise the awareness of inequality every day.

Do you think it’s important to continue raising awareness of equality for women in today’s society? If so, why?

Yes, I do. I think that we still haven’t reached gender equality. The gender pay gap is still a major issue – especially in financial services. I think that a lot of people still do not understand the importance of feminism and what it means (that it means equality, not preference towards women).

In popular culture – celebrities such as Billie Eilish and Sia change their appearances (Billie wears baggy clothes, and Sia covers up her face in all performances) so they are not objectified, and their music is not judged by what they look like. I don’t believe this would be an issue for a male artist in the charts.

What does International Woman’s Day mean to you?

The day is about highlighting the achievements and importance of women in history and the modern day.

What does International Women’s Day mean to you?

It is a celebration of the amazing things that women have achieved around the world and to emphasis that feminism is about equality.

Andy Murray.  He is a champion of women’s rights and regularly speaking up for equal pay and women’s rights in sport, especially tennis.  He never set out to be a spokesperson for women’s equality, but it was working with his former coach, Amelie Mauresmo, that gave him a small insight into attitudes towards women.  Serena Williams says of Andy Murray ‘He has such a wonderful mother who has been such a strong figure in his life, and he’s done so much for the professional ladies tennis tour’.

Naga Munchetty, journalist, television presenter and campaigner for equality for women in golf clubs, actors Emma Watson, Meryl Streep, Carey Mulligan, the former first lady Michelle Obama, Malala Yousafzai, Pakistani activist for female education.  I’ve chosen these women as they have all spoken out about equality and their views on the subject and campaigned for women’s rights. Also, I think the conversation would be very interesting. 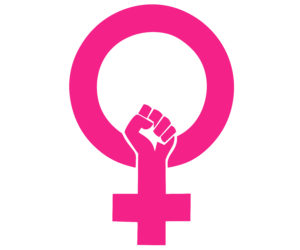 What does International Women’s Day mean to you?

Acknowledging women’s strengths, ambitions and achievements, and clearing the way for our right to future successes.  Not just for us, but for future generations.  No more toxic Mean Girls vibes, no more tearing each other down.

What role or impact would you like to (or currently do) play in relation to women’s rights today?

Every woman with ambition and dreams should be confident in reaching for their goals.  I will always be there to support and cheer on my fellow ladies.